Chat with us in Facebook Messenger. Find out what's happening in the world as it unfolds. 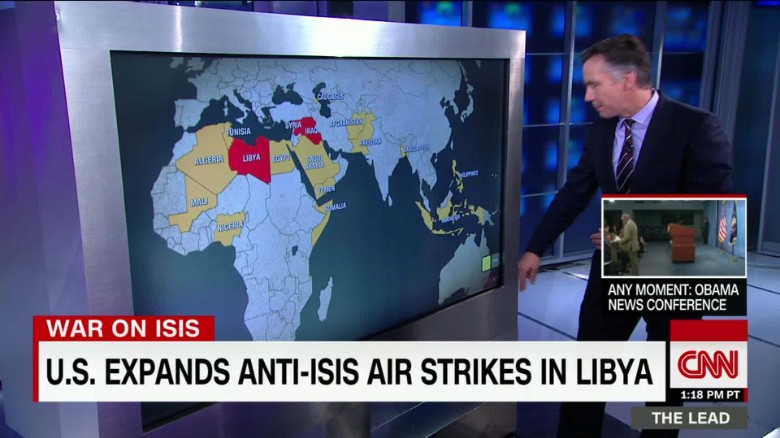 Life in Syria: Scenes beyond belief

The inconsistencies in Assad's interview

Rubio: Putin is a war criminal

Trump: Syria is now my responsibility

Trump: My attitude on Assad has changed

Why is Aleppo so important in Syria?

(CNN)Clashes escalated on Saturday in northern Syria as rebels made strides in puncturing a strangling government siege in and around southern Aleppo city, according to a human rights monitor.

Jabhat Fateh Al-Sham, Islamic factions and rebel fighters took over parts of an artillery school in the southwestern entrance of the city, the Syrian Observatory for Human Rights said Saturday.
Fighting in the strategically crucial Al Ramouseh neighborhood in southern Aleppo continued, the group said.
Militants have been able to advance and meet up with fighters from the besieged rebel-held areas in the eastern part of the city, the observatory said, and that's a sign of progress in breaking the siege.
While the rebels have reached neighborhoods in eastern Aleppo that are under siege, they have not yet been able to secure an exit corridor for civilians due to intensive Russian and Syrian regime airstrikes on the area, the observatory said.
Read More
The Syrian government troops backed by Russian air power completely encircled rebel-held neighborhoods in Aleppo city last week, cutting off all supply lines to those areas.
Raging battles -- some of the fiercest in the five-year conflict to date -- have broken out this week as rebels attempt to drive through government lines and reconnect with opposition-held territory in the west.
About 250,000 people are facing a humanitarian crisis in eastern Aleppo since the government cut supply lines to rebel-held areas, the United Nations says, with severe medical shortages and food stocks tipped to run out within weeks.

The latest reports of fighting in southern Aleppo filtered in Friday night into Saturday from government, observatory, and opposition reports.
Syria's state-run SANA news agency said "thousands of terrorists, most of them mercenaries, attacked the axis of the academies with car bombs" and "soldiers defending military academies south of the city repelled the terrorists."
It refuted what it called rumors that the artillery school was seized.
"A military source said that army and armed forces units operating to the south and southwest of Aleppo, in cooperation with supporting forces, managed to contain the wide-scale attack carried out by terrorist groups on Friday evening in the direction of the military academies, inflicting heavy losses upon the terrorists," SANA said.
SANA said "scores of terrorists" died in fighting and "a large number of their vehicles and equipment were destroyed." It said civilians in Aleppo city were killed or injured by rocket shells fired on the area of Al Ramouseh area and on the al-Hamadaniyeh neighborhood.

Nearly all of the strategic northern city of Manbij, in Aleppo province, has been seized by U.S.-backed militias after a more than a two-months' long offensive against ISIS militants, the observatory said.
The Syrian Democratic Forces, an alliance of Kurdish and Arab militias, are now sweeping through the city, located in the northeast part of Aleppo province. Operations are still under way in the center of town and some ISIS members are still hiding there, according to the Syrian Observatory for Human Rights.
"The Syrian Democratic Forces are nearly in full control of Manbij. Operations are still underway to comb the center of town and the northern part of the center of town," the observatory said on Saturday.
An earlier report that said militias are in full control of the city has been knocked down.
Activists CNN has spoken to in the city say ISIS still controls at least one neighborhood and intense clashes are ongoing in others.
Syrian Kurdish journalist Mustafa Bali told CNN that "there are still clashes in Manbij, the SDF does not fully control it yet."
The neighborhood of Al-Sirb is still under ISIS control and there is ongoing fighting in the central market, Bali said.
A US official said the coalition is reporting that Manbij is not fully freed.
Hundreds of civilians and combatants so far have died in the fighting.
The town, under ISIS control for two years, is yet another major stronghold the terror group is in danger of losing.
In recent months, ISIS ceded parts of Sirte in Libya and Falluja in Iraq after other anti-ISIS military actions. The offensive to wrest Manbij from ISIS began May 31.
Offensive launched against Manbij
CNN Map
Around 25 miles from the Turkish border, Manbij is a strategic point for ISIS, and the terror group's principal hub between Raqqa, the capital of its self-declared Islamic State caliphate, and Turkey.
It has been a key spot in a route for the ISIS smuggling of weapons and foreign fighters.
"Cut them off there and they're totally isolated in Raqqa. So it's critical, strategic, and we have now launched an operation long in planning to go after it," an official told CNN at the beginning of the offensive.

The observatory said 432 civilians, among them 104 children and 54 women, were killed since Manbij operations started. It said coalition airstrikes killed 203 of them and snipers, landmines and machine gun fire left 229 dead.
Clashes between the militias and ISIS left hundreds of combatants dead. That includes 269 militia forces -- among them a commander and three European fighters -- and 932 ISIS militants, the observatory said.
U.S.-backed Kurdish and Arab fighters prepare a rocket-launcher as they advance into Manbij last June.

The "symbolic value" of Manbij

Global Risk Insights, a publication that covers and analyzes news events, published an essay in July explaining that "the operation's ultimate goal is to close a strategic pocket for ISIS between the Turkish border and the city of Raqqa in central Syria."
Raqqa province has "symbolic value," the essay said, because "it was the first province the Syria regime lost in the opposition in early 2013 -- embodying Damascus' lack of control." That's a reference to President Bashar al-Assad's government based in the Syrian capital of Damascus.
The north-central province "was highly coveted by ISIS, as it is the Syrian regime's old bastion, and home to the Syrian air force, with important defensive capacities."
The offensive forced ISIS to fight on different fronts, stretching ISIS' resources, the essay said.
Terror export fears as ISIS 'caliphate' shrinks